We're writing today with heavy hearts and an update that you may have anticipated even as you hoped it wouldn't come: Lake Bryn Mawr Camp will not open for the summer of 2020.

In all our years at camp, we never imagined we'd have to send a letter like this. We know this news is as heartbreaking for you and your daughters to hear as it is for us to share. At the same time, we are confident that it is the right decision, not only for the welfare of our campers and staff, but for the culture and community that are so deeply woven into the fabric of life at LBMC.

Each of you has paid us the incredible honor of trusting us with your children. It's a responsibility we take seriously, and it is the driving force in our decision. Since the word “coronavirus” first entered our vocabulary, we've emphasized that our plans for the summer would ultimately be based on guidance from the relevant authorities along with our own care for the health and well-being of our camp community. With the continued uncertainty about this virus, we have to think about our campers, staff, leadership and medical team.

Over the next few weeks, different camps will be making different decisions, including opening with the requirement that all campers and staff are tested for the virus. With so many new developments, we became hopeful and wanted to believe that there was a solution; yet through extensive research, it became clear that we couldn't depend on the reliability of these diagnostic tests. Based on our consultations with medical experts, there is not enough data at this time to confirm that these tests have the accuracy or efficacy to ensure the safety of our camp community.

A camp of our size also requires significant changes to adhere to the recommendations of public health professionals. The loving sisterhood that we foster at camp would be inhibited by face masks, physical distancing, ongoing testing, and strict protocols for mealtimes, activities and sleeping arrangements. We have no doubt that these practices are wise and necessary to prevent the spread of COVID-19. We also know they would be challenging for us to implement and adhere to. We simply can't imagine a summer in which we can't hug a camper as she gets off the bus, or when she's feeling homesick or sad. We can't picture a campus where girls aren't allowed to walk arm-in-arm or hold hands. We can't envision giving Bunk One their Angels in a private ceremony because all of camp can't be seated in the Apple O at the same time. These are things that define Bryn Mawr and make it such a special place.

If there was any doubt in our hearts, it was wiped out when we screened the above video commemorating our centennial, which we had hoped to share during our 100th summer celebration. As we watched these touching scenes of love, community and sisterhood, all we saw were the things we wouldn't be able to have if we held camp this summer. Social distancing is good for stopping the spread of disease — and the antithesis of our close and caring culture.

Our camp culture is guided by our four Angel Code values: Loyalty, Beauty, Merit, and Comradeship. We have watched from a distance this spring as our campers have lived out those values by staying home, dedicating themselves to their schoolwork and reaching out to one another to offer support. Our promise to them now is that they can count on us to live the Angel Code value of Loyalty. We will always do our best for our campers and their families. We will always be here for you. There will always be a Bryn Mawr and we will see you in 2021.

No letter could adequately convey the emotional weight of this news, and we wish, more than anything, that we could sit with each family. We hope that you will join us on Zoom on Sunday at 8:00 pm, so we can be together. A link will be sent to you prior to the call. This virtual event will be for parents only; we will be arranging a similar meeting for campers in a few days. Because of the number of participants, we won't be able to take questions, but we know that you will have them. Within the next few days, we will follow up with another email that will answer questions about details and logistics.

It's hard to put into words the grief we're feeling right now and will continue to feel all summer. We know your daughters will be experiencing similar feelings, and we're working on ways to stay connected throughout the summer and the coming year. Thank you for your patience, your understanding, and your support during this unprecedented time in our camp's history. 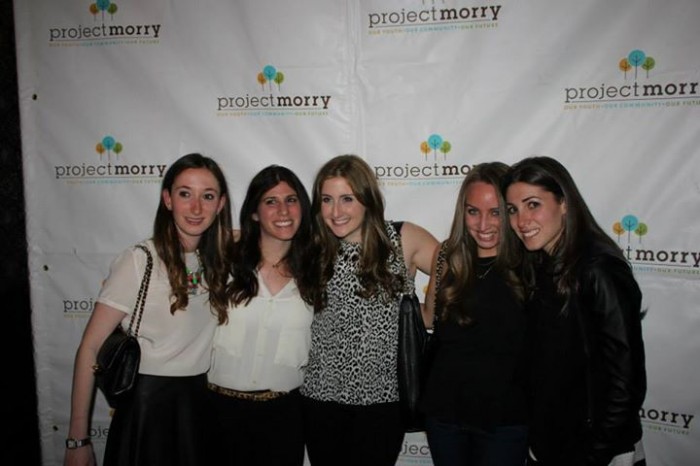 Project Morry was established in 1995 to provide a summer camp opportunity to inner-city youth who otherwise likely wouldn’t be able to experience the gift of camp. Named for Morry Stein, a legendary camp director who died in 1994, Project Morry honors Morry’s belief that summer camp provides lifelong benefits and his dream of making summer camp a reality for children from all backgrounds. Founded as Morry’s Camp, the organization adopted the name Project Morry as it expanded to become a year-round, long-term program that fosters education, enrichment and lifelong success.

At Bryn Mawr, we have felt a very personal connection to Project Morry since its beginning. Morry Stein came into Dan’s life 50 years ago when he came to the Kagan family home to enroll Dan’s brother in summer camp. Morry gradually became a very important influence in Dan’s life, first as his camp director and later as a mentor, helping Dan hone the skills that make a great camp director — compassion, honesty, fairness, listening and leadership.

Since Project Morry was established, we have been proud to support its programs and help share Morry’s vision. What has been truly wonderful, though, has been seeing LBMC campers and staff, most of whom never had the opportunity to know Morry himself, embrace Project Morry and its mission.

For 15 years, support for Project Morry has been a part of the Bryn Mawr summer experience. Our campers have swum countless laps and raised thousands of dollars through our annual swim-a-thon fundraiser, and our oldest girls have been able to visit and volunteer at Morry’s Camp, where they have experienced Morry’s vision firsthand. And campers and counselors of all ages have made supporting Project Morry a part of their lives long after camp ends through donations, service projects, and participation in Project Morry fundraisers.

One of our campers, Dani Z., was so inspired by her summer experience at Morry’s Camp that she recently nominated Project Morry to receive a grant from her JCC’s Teen Philanthropy Institute.

“During the final meetings, I shared stories of my experience with Project Morry, which significantly impacted our decision,” Dani wrote. “My peers were inspired by my own experiences and realized how great of a cause Project Morry really is.” Dani’s youth group voted to make a donation of $2,200 to Project Morry. In a note to camp, Dani expressed her appreciation for Project Morry and the opportunity she had at camp to support its work.

“I wanted to thank you for allowing me to have that experience, and for making Project Morry such a huge part of camp,” she wrote. “It really does have an impact on me, and I am sure, on all of the campers.”

All of which just goes to show that Morry was right: What children do at camp translates into life after camp. Whether it’s demonstrating team spirit, learning good sportsmanship, developing problem-solving skills or gaining an appreciation for helping others, the lessons of camp become lifelong lessons that help shape campers as they grow into adulthood. We’re looking forward to the life lessons that await our campers when camp starts in a few weeks — and to watching as they put those lessons to use in the years to come!

This site uses Akismet to reduce spam. Learn how your comment data is processed.